A few months ago, I took two cuttings from the mysterious “Jelly Fig” tree, in an attempt to propagate this tree which routinely produces the most delicious, sweet, strawberry jam flavored figs that we’ve ever tasted.  I previously outlined my technique in a pretty detailed post here, along with all the materials I used as well.

I wanted to submit an update to this attempt.  Various sources estimated the chance of successful growth to be about 50% or less, so I took two with the hopes that at least one would start sprouting leaves and roots.

Now a few months down the road, I’m happy to report that the cuttings have both survived and flourished!

Here is how they looked prior to incubation: 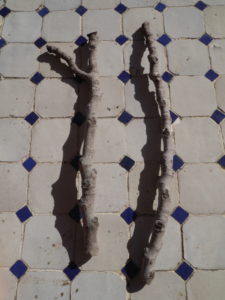 And here they are after being planted into their mini greenhouses: 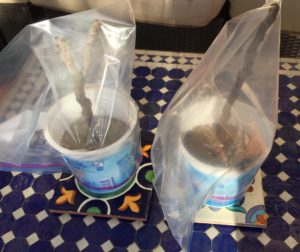 After approximately a month of patient watering and waiting, I noticed buds! 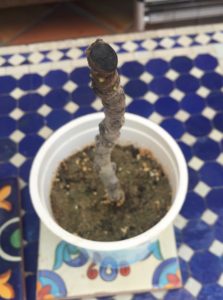 And after a few more weeks, bona fide leaves started to sprout!

When the leaves grew to a robust size and started overflowing from the confines of the small plastic containers, I transplanted them into large terracotta pots with partial shade.  Within another few weeks, the cuttings were really off and running. 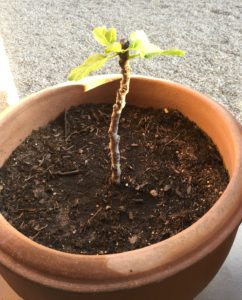 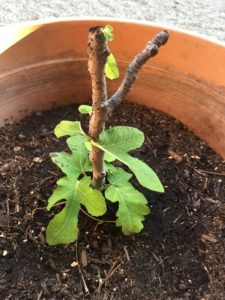 I can’t say when these might get to a point when they’ll produce fruit, but I anticipate it’ll be at least a couple of years. 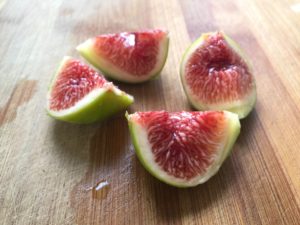 I’ll post occasional updates on the growth of these cuttings so you can follow along with me!

Want to support the blog?

Since everyone is different, it may not be appropriate to generalize my doctorly advice to your own situation.  Please run all medical, life, and financial advice by your own physician or financial professionals before applying it to your own life! Consider all information for your entertainment only!

To the best of my knowledge, the images used in this blog are either taken by my own camera, free stock photos, or considered allowable usage under "Fair Use" law.  Please let me know if you believe otherwise.

As you explore the site, you may notice links to goods or services.  I may earn a commision if you use a link to purchase any of these. While this blog is really just a labor of love and a creative outlet, if I can "keep the lights on" with affiliate links, all the better. Rest assured any reviews you read here represent my unbiased opinions, and there is no added cost to you to utilize the links. Please go here to read my full Affiliate policy.